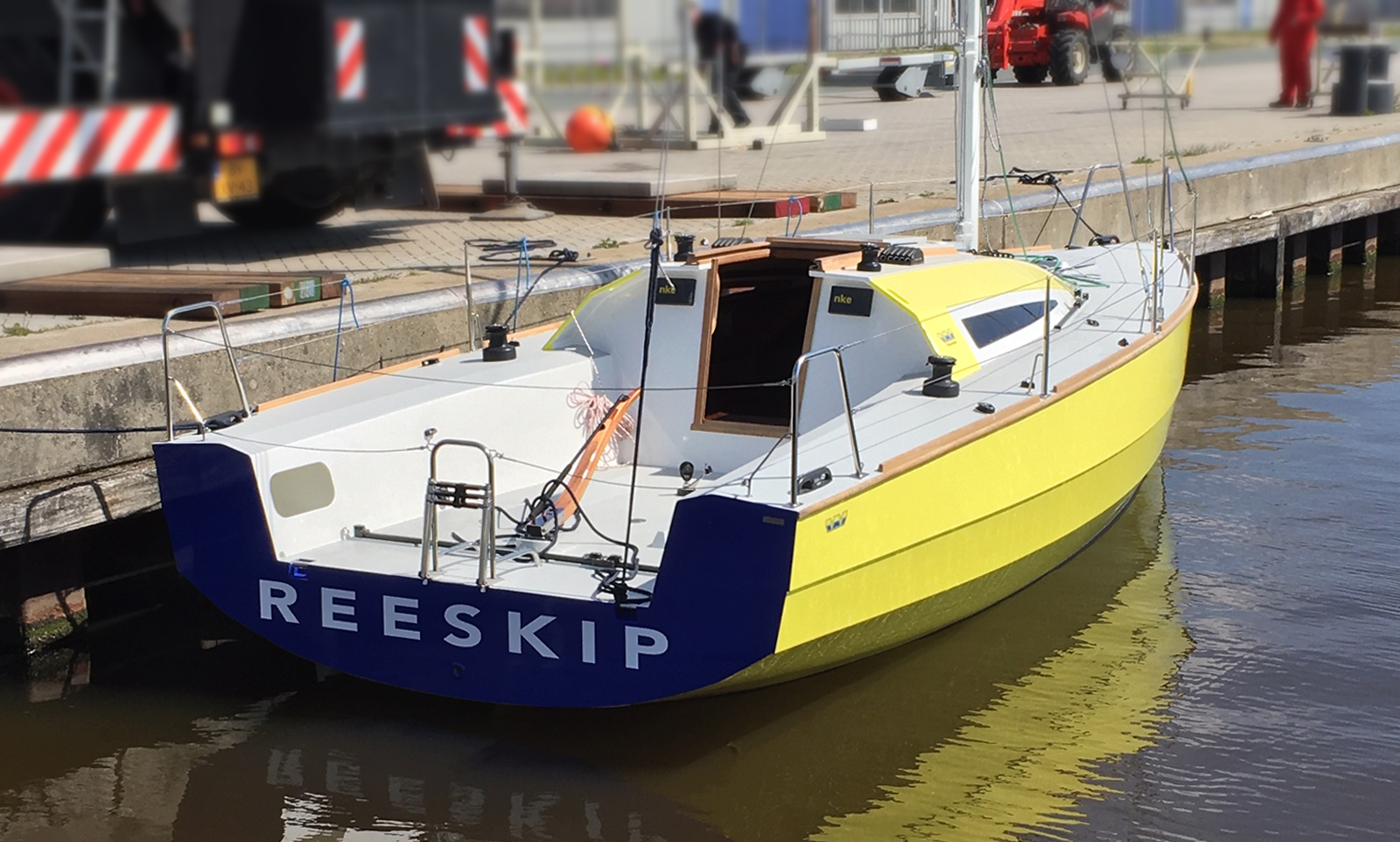 The 27 CR is the Waarschip 700 LD’s big SISTER. The Waarschip 27 CR has a voluminous hull and a broad stern, which give a great deal of lift. During her maiden voyage the boat even reached 8,8 knots with 15 knots’ wind. Close-hauled the 27 CR also performed exceptionally and maintained speed up to a wind angle of 20°. These are attractive qualities, but the new owner was also surprised at how easily the boat handles and achieves its speeds.

Later on that day with 25 knots’ wind and gusts of 32 knots, the boat was trustworthy and handled well. The owner was impressed. His comment, ‘The boat feels like a 40-footer,’ is a great compliment to Waarschip and the designer Arthur Pelzer.

The interior also received its share of compliments. The broad hull gives a surprising amount of interior space for a 27-footer.

The boat will shortly be tested by the sailing trade magazines. In the Netherlands ‘Zeilen’ magazine will have the honour of putting it through its paces. Watch this space!

Make an appointment now or request a quote

Nautisch Centrum Delfzijl is the official builder of Waarschip worldwide. We work with / on a wide range of materials, such as wood, composite, polyester and metal. Your Waarschip can be fully adapted to your wishes. We would like to ask you to enter your details. We will contact you to discuss the extensive options and options with you.