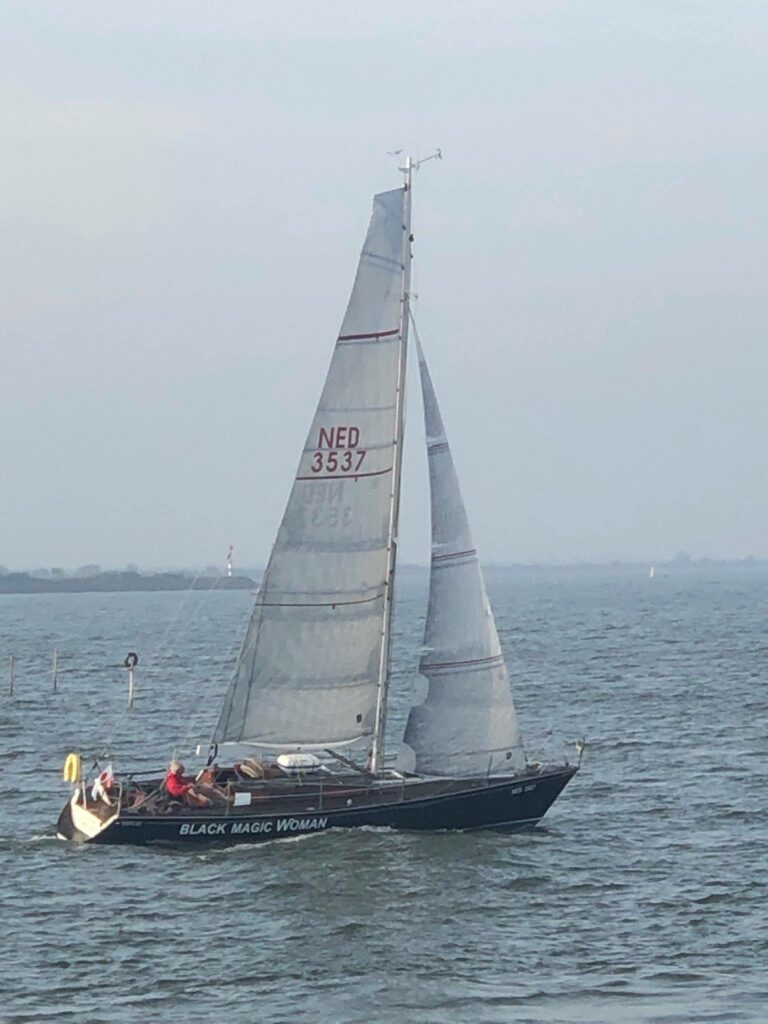 Harris Visser takes first place with his Waarschip 1010 “Black Magic Woman”. Harris about this: “During the 200 Myls Solo, the conditions on Lane 1 were just as favorable for me as in 2012. I could run at enormous speeds there. My boat is very fast on the waves with really strong winds, sometimes it was completely surfing. I sailed out in IJmuiden with full rig and could leave it. I get the most out of it. I had the spinnaker on, while no one else had that. I achieved speeds that I did not think possible myself. I have 19.4 knots The recorded speeds showed that I broke my own record of 17.1 knots a few years ago.”